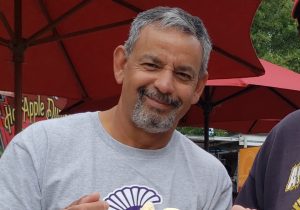 Sam Firpo is very excited to start a new chapter in his life as the Varsity Head Coach of your Apple Valley Eagles.  Sam is in his 8th year coach Apple Valley baseball, having coached the Sophomore team for 2 years before becoming the Varsity Assistant Coach for the last 6 years.

Sam is originally from Puerto Rico where he spent his youth playing baseball until he was 19 years old.  He also coached the 15 year old team from Levittown, PR.  Sam continued coaching little league while he served in the US Air Force in Rapid City, South Dakota.  He has also been the Assistant Coach for the Apple Valley American Legion team for the past 2 years, a coach for the Minnesota Mash for the past 4 years, and he also is an assistant coach for the AV Volleyball team. 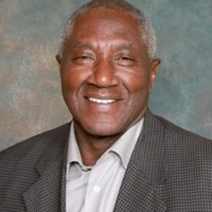 Bill Goodman enters his first season as an Eagle Assistant Baseball Coach.  The Fort Dodge, Iowa native has been a high school coach at Buchanan, Michigan, Fort Dodge, Iowa, The Blake school in Hopkins, and Lakeville South.  He has also coached at the college level at Macalester College in Saint Paul, Augsburg College in Minneapolis, and Bethel University in St Paul.

Goodman was a four-sport letterman at Fort Dodge Senior High in Iowa lettering in football, basketball, track and baseball.  He is a member of the school’s Hall of Fame.  He was also an All-state and All-American honorable mention football running back in high school.  He signed with the Cincinnati Reds professional baseball team upon graduating from high school and spent four seasons with them.  He was named to the Northern League All-star team.  After four years with the Reds, he then signed with the Minnesota Twins.  He spent three years with the Twins organization as an Outfielder.  Following his playing days, he served as an Associate Scout with the Kansas City Royals organization.

Goodman has two sons and two daughters — Torre, Kris, Keisha, and Katie.  He and his wife, Dianne, make their home in Burnsville. 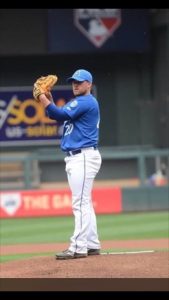 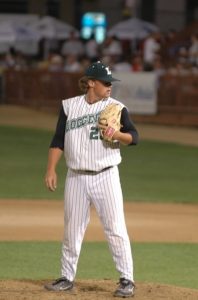 Don (‘Auggie’) Erdall is extremely excited to begin his first year with the Apple Valley Eagles as a Varsity Assistant and Pitching coach.  Coach Erdall teaches Business classes at AVHS and is in his 10th season as the Girls Hockey Varsity Head Coach (93-134-14).  Don coached baseball at Eagan HS for 9 years spending 7 of those as the Varsity Assistant and Pitching Coach.

Erdall graduated from Bloomington Jefferson in 2004 where he was a two-time letter winner in both baseball and hockey.  He accepted a baseball scholarship to Winona State University going on to earn four NSIC awards while serving as the team captain for two seasons.  In the summers of 2006 and 2007, Erdall pitched for the La Crosse Loggers of the Northwoods League earning the team Cy Young award both summers while setting single season and career organizational records for saves (14/16) and appearances (33/55).  He was an NWL All Star in ’07, unanimous All-Decade selection and was voted into the Loggers Hall of Fame.  Erdall signed a professional contract with the Windy City Thunderbolts of the Frontier League in 2008.

Since being released, Don has taught in District 196 and continues to pitch for the Minnetonka Millers.  In 11 seasons he has won 6 Class A State Championships, been an All-State selection 8 times, named State MVP in 2015 and was elected to the Millers Hall of Fame in 2018.  He holds Miller records for wins (111), strike outs (1,117), season strike outs (131) and strike outs in a game (18).