The Apple Valley Competition Cheer team had a tremendous showing at the Roy Wilkins Auditorium, finishing as the Class AA Runners-Up.  The team had an outstanding performance in the preliminary round, sending the team into the finals.  In the finals, the team finished 2nd, just behind state champion Minnetonka.  “The girls showed great teamwork today,” said Head Coach Tasia Berger.  “We’re looking forward to taking our routine to Nationals and continuing to make a name for Apple Valley”

The lower level teams had great performances at state as well as both the middle school and elementary school teams had Top Six finishes at the state competition.  Additionally, seniors Dani Sjolseth and Briana Sheffel were named to the MCCA Honor Team of Excellence and Kathryn Berens was named to the MCCA All-State Sideline Team.  Congratulations to Head Coach Tasia Berger, the assistant coaches and all of the girls on a tremendous season.  Good luck in Orlando at the National Tournament! 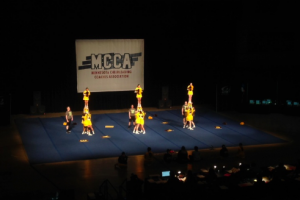 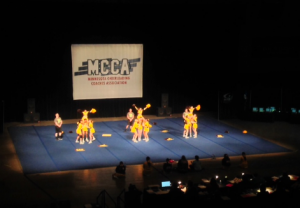 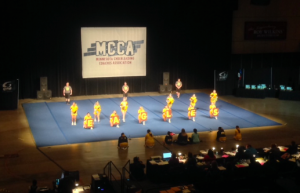